Why does gender matter in water management?

The production of food follows a complicated chain, involving many types of activities. Within farming households, these tasks are distributed between family members, so that some are typically performed by men and others by women and children.

In agricultural water management, gender issues arise when we assume certain roles and types of work to be socially determined to be performed by men or women. For example, when we assume that most aspects of farming are only performed by men, and target support, such as information on water saving techniques or marketing drip irrigation systems, only to male farmers, we leave out a large number of women whose skills and capacities are then not developed.

The gender gap in the investment and use of new technology is a major reason behind the underperformance of the agriculture sector. Achieving greater equality in women’s and men’s access to innovations will result in improved agricultural productivity, improved economic growth and a decline in the number of hungry people in the world.

An understanding of how women can be supported in agricultural work, by ensuring their access and rights to resources, can make a huge difference not only to their livelihoods but also to their standing in society.

Often, the gender roles that have been assumed to operate and determine the activities that men do and those that women do, also determine who has access and rights to resources. Technical solutions alone have not proven to ensure that access to water resources is shared equitably.

Access to water depends on many factors, such as rights, social relations, cultures and customs, rights to land, control of resources (including labor) and the right regulations and institutions to support these.

In Africa, for example, despite the fact that a considerable portion of food production is managed by women, customary ownership of land excludes women from owning land of their own.

It is often argued that farming households work together. Even if resources are owned by a male head, all members work together and share the benefits equitably.

The research community also suffers from gender imbalances. Greater equity among scientists and other natural resource professionals could also make a significant contribution to positive change.

Discrimination against women and girls is a problem in many parts of the world, and an equal contribution of work does not always amount to an equal recognition or share of the benefits. 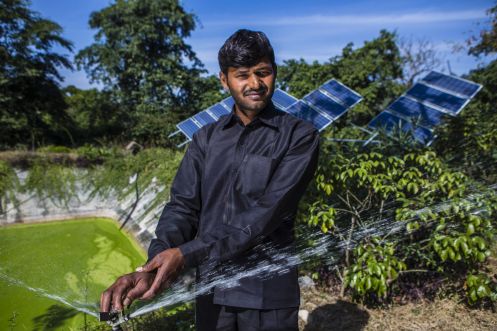